The Secret of Abundance

The message of abundance is coming up once more for discussion! For some reason I am receiving this topic to speak on once again for this blog so here we go!

Is there a secret of abundance?

Abundance is usually described as more than one or a plentiful quantity of something. It comes in twos, threes and multiples. In society it is taught that the more we have of something, the more abundant we are said to be in life. Having a bunch of dollars is better than just one dollar. Having a second or third home could appear as massive abundance. This theory trickles down to the smallest of areas as well. Having several ideas is better than one. Joining with others in areas of endeavor is more successful and abundant than going at it on your own.

Yes, abundance is most often described in multiples and is described by words such as many, countless, numerous, lots of and several.

So what does this mean by having an abundance of spirit? To me, having an abundance of spirit is that which refers to having a trust, a faith in one presence and one power. Whatever the name is you give it…. God, Buddha, YHVH, Allah, etc… is not the point. There may be a variety of names to denote your higher power, but there is only one source and one presence to have faith in and guide you in spirit.

Perhaps this is the thought for the day. Maybe we don’t need multiples to have abundance in our lives. Possibly having one lovely home is abundance in itself. One brilliant, directed idea is 10 times more valuable than many scattered in multiple tracks. Perhaps even one dollar directed in the right area can be the path towards untold abundance rather than thousands just sitting somewhere in an account.

Having faith and trust in one source can be your go to place for your entire lifetime rather than feeling pulled in many other directions trying to find answers.

This becomes your choice. Maybe ONE is all the abundance one might need in a lifetime of many things…what do you think? Does abundance have to mean multiples to you? 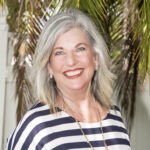 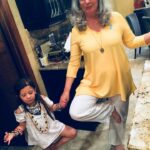 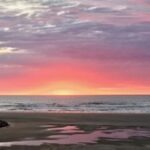